Poppy-PR has proved its relationships are built to last by once again joining forces with its first ever client.

The PR agency, founded by Tina Clough , 32, originally carried out a full PR campaign for IPS Estates back in 2010. It  has just secured a contract to once again engage with the firm based on South Street, Ilkeston.

Managing director at IPS Estates, Richard Jones, said: “When we originally founded IPS Estates, we decided to engage the services of Poppy-PR to help increase our business awareness in the marketplace. This proved to be very successful with speaking engagements being secured by the team on the subject of being a landlord.  This then kept us very busy as a business.

“Six years on from this, following new legislation and the tax changes that affect buy-to-let landlords, we have made many changes to the business, which will be announced soon. Engaging the services of Poppy-PR again was the natural choice for us.” 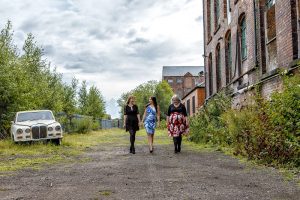 “It is fantastic that Richard and his team have chosen to work with us again.”

Tina Clough, managing director at Poppy-PR, said: “We held a very special business networking event in aid of Macmillan at the end of last month, and we were delighted that Richard and his new business partner, Adam were able to attend.

“What struck me was that the work we carried out six years ago was still generating business for the firm, and that Google listings still featured some of our original stories.  It is always awful when a client leaves to try other marketing activities, but what a fantastic turn of events that Richard and the team have chosen to use us again!”

The agency based on Bath Street has had a whirlwind of a year, after fully taking over its previously shared premises, hiring a new PR manager and securing contracts in the North West for the first time.

Richard added: “We are sure that Poppy-PR will help us reach out to all property investors, via social media, seminars, deal clinics and PR in order to help them to be better prepared for the property market of the future.”